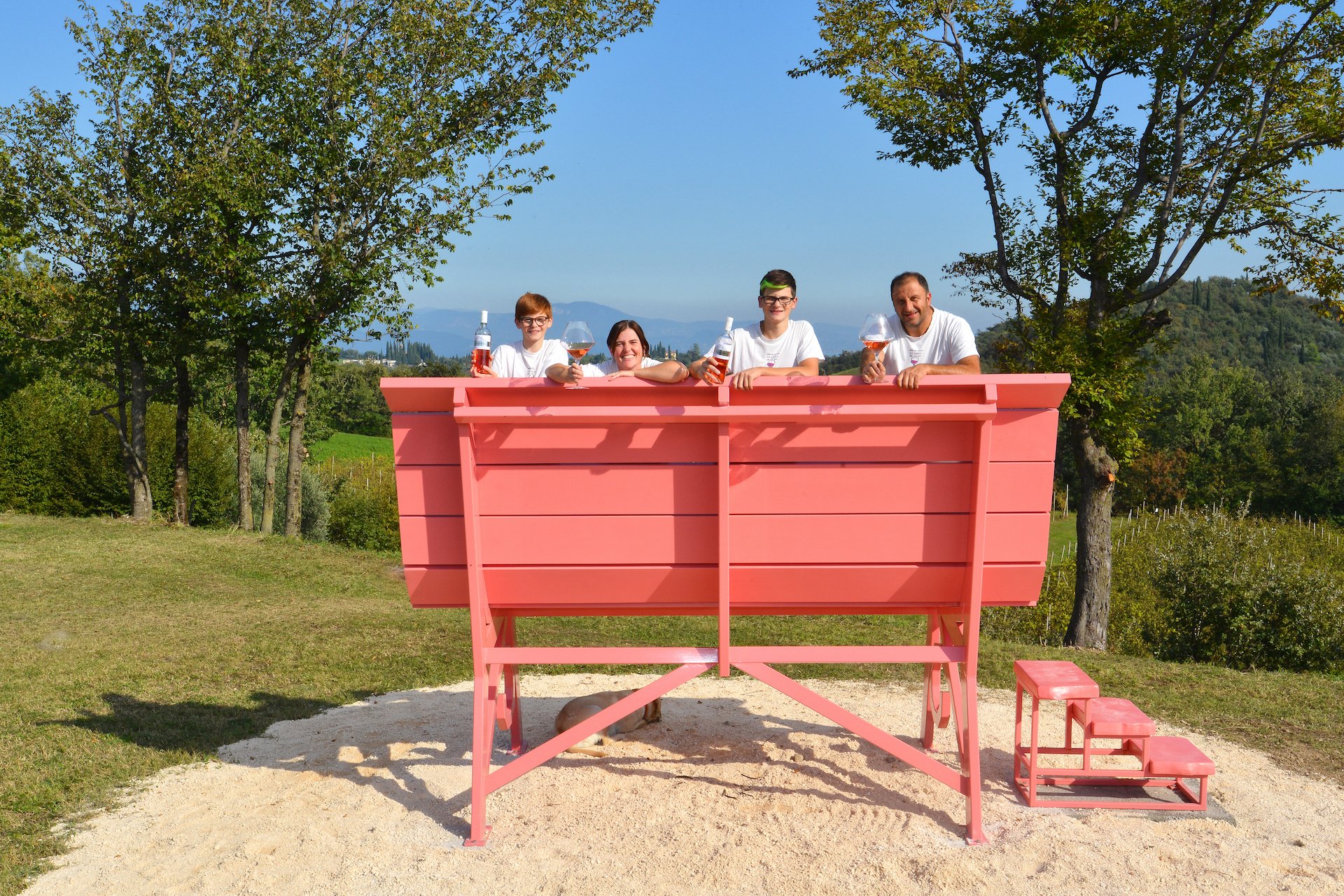 On Sunday 11 October, the dream became reality! And it was a special day for our whole family! We were accompanied by incessant rain throughout the day, but as you know: wet bench, lucky bench!

We shared this project with our sons, Pietro and Davide, right from the start.

We met the world of theBig Benchby chance a few years ago, during a family holiday in Piedmont. We were sitting at a table in a small restaurant in the centre of Alba and a young waitress, with whom we chatted, suggested we go and see the giant bench in Neive, just a few minutes drive away…we followed her advice and it was love at first sight! 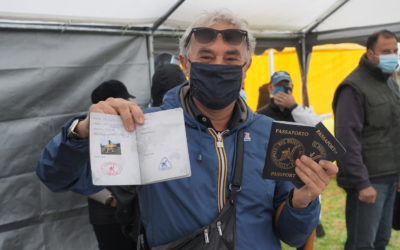 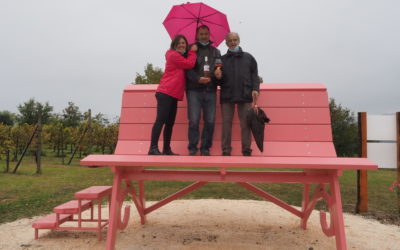 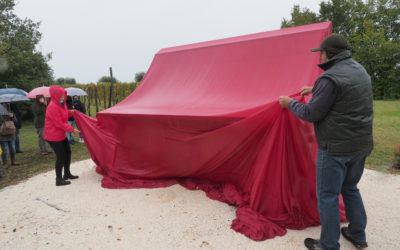 The desire to build our big bench was born immediately, but it took a few years to complete the project: we certainly don’t lack stubbornness and obstinacy!

The procedure for requesting permission to build an official Big Bench is long and detailed: pictures, maps, visas, questionnaires to be filled in… We got the go-ahead in January 2020 but the Covid pandemic slowed us down.

We followed every stage of the construction in person, from the iron structure, to the choice of timber, to the assembly… it was an emotional rollercoaster! We often went for a walk in the vineyards and stopped at the place where we were going to install the bench…and we flew with our imagination! It was great to imagine it, but it was even better to see it finished!

We have often talked about this project on social media and we have deliberately hidden the colour, which was only revealed on the day of the inauguration: a big pink bench, as pink is the colour of the most characteristic wine of our Valtènesi, Chiaretto! And so it became the Chiaretto Big Bench!

And now here we are! Sitting with our legs dangling and toasting the realisation of our dream! But the biggest toast was for us! And it’s wonderful! 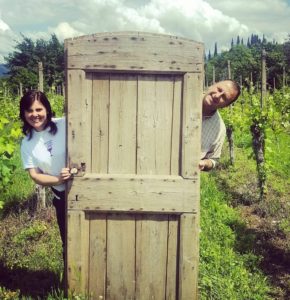